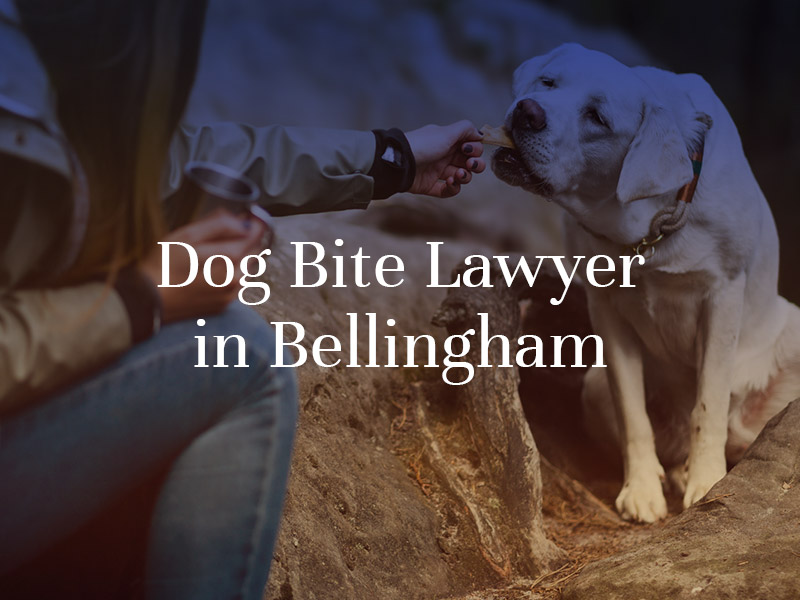 While dogs are a very popular pet in Bellingham and across the United States, dangerous and violent dogs can pose significant risks to the public. Each year, thousands of people suffer injuries and even death as a result of dog bites, and the owners responsible for these animals do not always take necessary precautions to prevent another attack from happening.

If you are suffering from a dog bite in Bellingham, our dog bite attorneys can help you obtain the compensation you need to recover from your injuries. For years, Bellingham residents have trusted us to guide them through the lawsuit and insurance claims processes for many different types of cases, including dog bites.

Why Choose Our Dog Bite Lawyers

Revised Code of Washington section 16.08.040 governs dog bite liability laws in Bellingham. Under this statute, you can hold a dog owner accountable for your injuries if you did not provoke the dog and you were either in a public place or on private property lawfully at the time of the attack. These rules only apply to dog bites; if you suffered an injury due to different dog behavior, standard negligence rules will apply.

In addition, Washington operates under a strict liability system when it comes to dog bites. Unlike other states, Washington law states that an owner could be liable for a dog attack even if the dog has no prior history of aggression or bites, or if the owner had no reason to believe that the dog would attack anyone.

This rule differs from other states, which operate under a one bite rule — this rule states that an owner should be aware of the risk that the dog poses to people due to a past history of aggression or previous attacks.

How Do You File a Dog Bite Lawsuit in Bellingham?

To file a dog bite lawsuit in Bellingham, you will file the necessary paperwork with your local civil court. You have three years from the date of your injury to file your lawsuit or the court will refuse to hear your case, so it is important to begin the filing process as soon as possible. Your Colburn Law attorney can help, assisting you with the paperwork, deadlines, and communications with the court to file your claim on time and without necessary errors.

Approximately 63.4 million American households owned a dog in 2018. Since these animals are so popular, dog bites are unfortunately common in the United States—and their frequency is increasing. According to the Agency for Healthcare Research and Quality, the number of hospitalizations related to dog bites increased by 86% between 1993 and 2008.

These dog attacks are very serious. According to the American Veterinary Medical Association, one out of every five dog bite victims require medical attention. Dog bites can increase your risk of severe life-threatening infections, including rabies, and may lead to severe long-term injuries that require surgery. In 2018, approximately 27,000 people had to receive reconstructive surgery after a dog bite, according to the American Society of Plastic Surgeons.

The Insurance Information Institute also states that homeowner insurance companies paid $797 million in dog bite liability claims in 2019, and that the average cost of a dog bite claim has increased by 134% from 2003 to 2019. If you are the victim of a dog bite, legal options are available to you—and you can hold the owner liable for the damages you endured due to his or her animal.

You may be eligible to seek compensation for medical expenses, lost wages, property damage, and pain and suffering. However, you will need to prove that the owner has a responsibility to pay for your losses under applicable laws. You will need an attorney on your side to guide you through this process, gather evidence, and file your claim in civil court. You will also need to defend yourself against accusations from the dog’s owner, who may claim that you provoked the dog or trespassed on his or her property.

In states that follow a one-bite rule, a dog’s owner must know or should have reasonably known that his or her animal was vicious or dangerous. Although specific rules may vary based on the state, a dog’s first attack or instance of aggressive behavior is essentially free from liability under the one-bite rule. After this initial attack, however, a future victim could hold the dog owner liable for his or her injuries.

Depending on the state, an animal’s history of aggressive or violent behavior may include the following acts.

Washington, along with many other states, follows a strict liability rule. Under this standard, any person who owns a dog is responsible for the animal’s actions, regardless of negligence or knowledge about the dog’s history of aggressive behavior. Many strict liability laws include exceptions; if you were trespassing at the time of the attack, you will not be eligible for damages in most strict liability states.

Some strict liability rules only apply to bites, and other types of attacks—such as a dog chasing or jumping on you—may be subject to a different standard. Local ordinances may also influence the outcome of your dog bite case. Before pursuing your case, always speak to a Bellingham dog bite attorney to determine if you have grounds for a claim against the animal’s owner.

Under the Revised Code of Washington section 16.08.040, a dog owner is liable for his or her animal when the dog bites any person who is in or on public property, or lawfully in or on private property. This includes the owner’s private property.

A dog owner may defend himself or herself from liability by invoking two common defenses.

If you are filing a claim against a dog owner, it is very important to enlist the support of a Bellingham dog bite lawyer. You will need to provide clear evidence of the attack and the damages you claim, as well as proof that you had a right to be where the bite happened. Your attorney can gather evidence, interview witnesses, and craft a compelling claim to establish your right to damages.

It is important to note that RCW 16.08.040 only applies to cases where a dog bites another person. If your case involves another type of attack, the standard of negligence will likely apply. In these situations, you will need to prove that the owner’s negligent actions or failure to act caused your injuries and resulting damages. For example, if you live in a city that has a required leash ordinance and an owner allows his or her dog to roam freely, you could file a claim against the owner if the animal jumps on you and breaks your arm while illegally off its leash.

Not only do Bellingham dog owners need to ensure their animals do not bite other people, but they must also comply with all applicable laws and regulations governing dog ownership. Bellingham residents are subject to Washington’s strict liability laws as well as laws under the Bellingham Municipal Code.

Like many other cities and towns in Washington, Bellingham establishes important dog ordinances in Chapter 7.08 of its Municipal Code. Relevant ordinances include the following.

In addition, a Bellingham animal control officer can find a dog to be dangerous if it meets certain criteria under the Municipal Code. According to section 7.08.130, an officer can declare a dog dangerous or potentially dangerous after any of the following events.

If a dog bites you, you do not need to prove that the owner broke any of these laws to hold him or her accountable for your injuries. However, if the dog does not bite you and you suffer injuries due to another type of attack, these laws will likely apply to your case.

For example, if you are riding your bicycle and a dog leaves its front yard to chase you, you may lose focus and crash into a parked vehicle. Since it is illegal for a Bellingham dog owner to allow his or her animal to chase a bicycle, he or she violated his or her duty to follow the Municipal Code. You can establish that his or her negligence allowed the dog to roam freely, chase you, and cause your accident.

Dog bites are a widespread problem across the United States. According to the Centers for Disease Control and Prevention, approximately 36% of American households own at least one dog and 1 in 5 people who suffer from a dog bite require emergency medical attention. In addition, over 50% of dog bites happen at home with an animal familiar to us — and adults with more than 2 dogs are 5 times more likely to be a victim of a dog bite than adults who do not own a dog. Dog bites can expose us to a host of diseases, including rabies, MRSA, and tetanus. 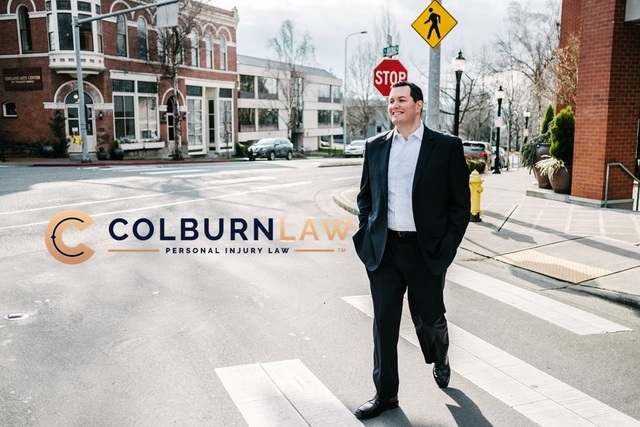 If you need an attorney who will take the time to understand your case and advocate aggressively on your behalf, look no further than Colburn Law. Our Bellingham dog bite attorneys can guide you through each step of the claims process to help you recover the compensation you need. Contact Colburn Law today to schedule your free consultation at our Issaquah offices or another convenient location.