How Does the Collateral Source Rule Work in Washington?

An unexpected injury can disrupt your life in several ways. You will need to pay for medical care, miss work to recover and attend treatments, and replace any property damaged in the accident. This can lead to significant financial, physical, and emotional hardships.

In Washington state, you may be entitled to financial compensation if someone else’s actions are responsible for your injuries. If you have already received money to pay for these losses before your claim reaches settlement, your award may be reduced. However, the collateral source rule may prevent this from happening.

What Is the Collateral Source Rule? 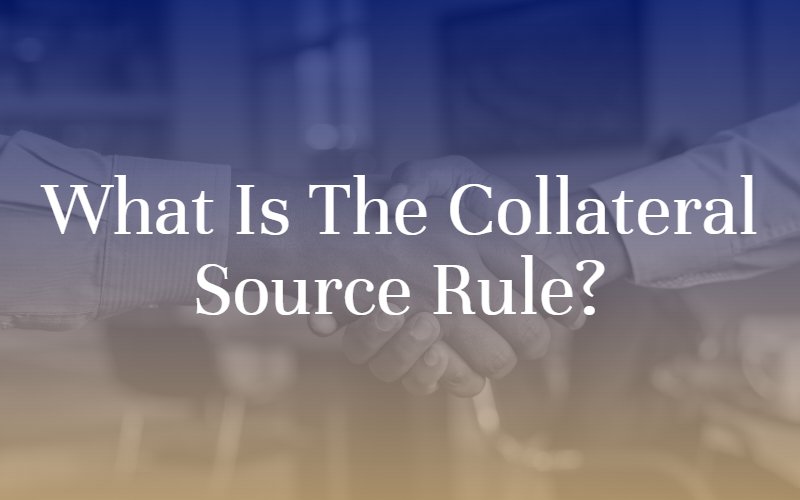 Some people believe that injured victims should not be able to recover compensation for damages if they have already received reimbursement for those losses. In some states, courts will reduce any settlement that a defendant must pay by the amount of compensation that the victim has received from collateral sources.

Sources of collateral compensation may include the following:

In Washington state, courts are usually gracious in determining which forms of compensation a victim can or cannot claim. The final decision is up to the court, but in many cases, a defendant cannot deduct collateral sources of compensation from the final settlement.

In some cases, the defendant can present evidence that a victim received compensation from a collateral source. If you have received any of the following types of payments, a Washington court may deduct them from your final settlement.

If you file a claim and have received reimbursement from an insurance company, the defendant typically cannot present this evidence in court. However, an insurance carrier has the right to pursue subrogation, or reimbursement for any payments for your medical care, vehicle repairs, and other losses. Following your settlement, your insurer may file a subrogation claim and take a portion as payment.

For example, say that you file a lawsuit after a car accident. While waiting for a settlement, you incur $50,000 in medical expenses that your health insurance company covers. After your settlement, the insurer could file a subrogation claim to recover that $50,000. An attorney can help you calculate your potential settlement so that you can pay for potential subrogation and recover adequate compensation for your other losses.

Speak to an Attorney About Your Washington Injury Claim

There are many considerations that go into a personal injury lawsuit. The collateral source rule and subrogation payments are only a small part of your overall claim, but they could have a significant impact on its outcome.