A pedestrian accident lawyer can offer more than legal representation and possible compensation for injuries, the attorneys at Colburn Law fight to get you back on your feet again. Don’t hesitate to contact Greg Colburn today to discuss your case (206) 919-3215. The idea of being hit by a car is scary, but it is, unfortunately, not uncommon. According to the National Highway Traffic Safety Administration, a pedestrian was killed every two hours and injured every eight minutes in 2013. Pedestrians also accounted for 14% of motor vehicle crash fatalities that same year.

It doesn’t take a lot of speed to injure a pedestrian – while speeds faster than 30 mph are responsible for the most serious injuries and fatalities, pedestrians could be severely disabled at speeds as slow as 10 mph. 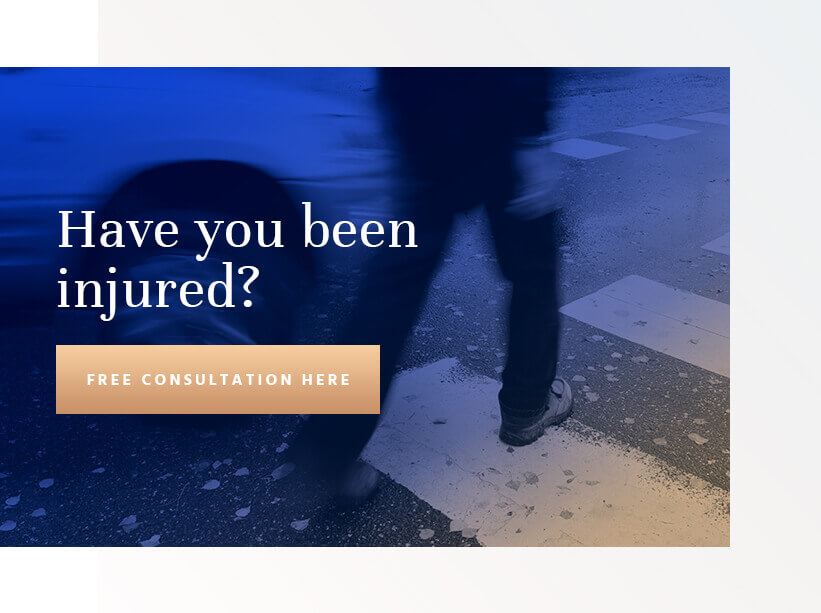 Determining Fault in a Pedestrian Accident

When someone gets hit by a car, the first question after medics assess the injured parties is usually, “Who is at fault?” Generally, we find the answer to this question by investigating for negligence. The law finds the person who fails to exercise reasonable care under the circumstance negligent.

This concept is more clearly illustrated with an example. Say you were walking at a crosswalk with a signal. A driver turns right on red and hits you. In this case, the driver is clearly negligent: The driver didn’t yield to you, and you clearly had the right of way.

In other cases, however, a pedestrian may share some of the fault for an accident. Let’s say there was no good place to cross the street, so you as the pedestrian checked both ways and ran across the street where there was no crosswalk. A distracted driver, who was texting on his or her phone, hit you. In this case, you would both share fault.

Filing a Police Report After a Pedestrian Accident

To determine fault, the police and insurance companies will conduct separate investigations. Police will talk to the driver, eyewitnesses, and the pedestrian. If it’s available, they’ll review footage from traffic cameras and examine the damage before filing their report. A police report generally makes a fault determination, but insurance companies may dispute these findings after their own investigation.

If you’re a pedestrian who’s been seriously injured in an accident, you may be at an inherent disadvantage. The police will talk to the driver who hit you and may have to visit you in the hospital to take a statement. Depending on your medical state, you may not be able to give them much information. That’s why it’s important to retain the services of a pedestrian injury attorney in Seattle – we’ll fight for your rights, even when you’re not feeling well enough to do so yourself.

Remember, don’t sign any documents except for the police report. The driver’s insurance company may try to approach you with an offer – don’t accept the offer unless it’s under the advice of an attorney.

Make sure you always follow-up with any eyewitnesses and the police after a pedestrian accident in Seattle. A copy of the police report can be requested through the Seattle Public Request Unit.

There is no benchmark amount for a pedestrian accident settlement amount as the details of each individual case influence the compensation a plaintiff receives. In general, plaintiffs receive two types of damages in pedestrian accident lawsuits: compensatory damages that seek to repay the victim for his or her tangible losses such as medical bills, property damage, and lost income from time missed from work, and punitive damages that the court assigns to punish grossly negligent or intentionally reckless defendants.

Some of the damages a plaintiff in a pedestrian accident might receive through a lawsuit include:

In addition to these compensatory damages, a plaintiff may also receive compensation for pain and suffering. Though difficult to quantify, this type of compensation exists to repay a plaintiff for his or her physical pain, emotional suffering, and mental anguish following a traumatic accident. Due to the severe nature of most injuries resulting from pedestrian accidents, the total amount of compensation available to the average plaintiff in such a case is potentially quite substantial.

A statute of limitations is essentially a time limit for taking legal action. A party with a personal injury claim must file a lawsuit within this time limit or he or she risks losing any chance of recovering compensation for his or her damages. Washington State allows a three-year statute of limitations for pedestrian accident claims against negligent drivers. This time limit generally begins ticking down at the time of the accident. However, some victims may not notice severe internal injuries or other medical complications until much later after their accidents. In these cases, the statute of limitations would begin on the date of discovery, or the date the victim should have reasonably been able to discern his or her injury.

The only exception to the three-year statute of limitations is if your claim involves a government entity. For example, if you suffer injuries as a pedestrian from a public transportation vehicle, you may face a much shorter statute of limitations for filing your claim against a government agency. This statute varies, but it can be as short as six months in some cases. If you or a loved one have suffered an injury and believe a government employee, agency, or other government asset is to blame, consult with an attorney as soon as possible about your options.

This Data released by the Washington State Department of Transportation shows there was a significant increase in pedestrian-related accidents between 2014-2016. Accidents involving pedestrian and/or bicycle crashes in Washington saw a ten year low during 2013. Data is still being collected for 2018, as of April there were 693 total crashes. 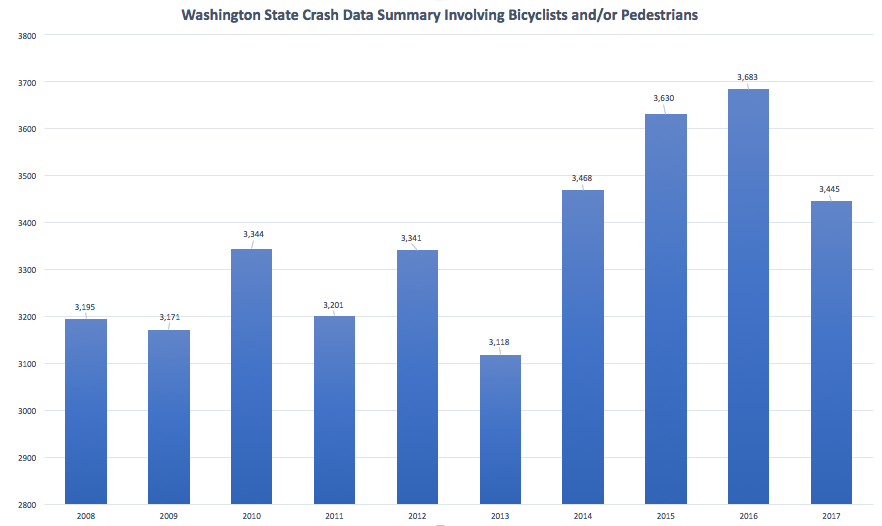 If you’ve been in a motor vehicle crash, your personal injury claim will almost always be against the other driver. In some cases, however, you may have a case against a municipality. If, for example, a Seattle roadway is laid out improperly, there was a malfunctioning traffic signal, or there weren’t any crosswalks available, you may be able to file a claim against the city. A Seattle personal injury attorney at Colburn Law can help you identify the parties at fault and pursue a settlement to compensate for your injuries.

Your Next Steps: Contacting a Pedestrian Attorney in Seattle, WA

Car crashes involving pedestrians are often serious, and those injured may require extensive rehabilitation. At Colburn Law, our Seattle pedestrian accident attorneys know firsthand that these medical bills get expensive. We’re committed to helping you get back on your feet by securing the best outcome possible.

Your first step is to call my office for a free initial consultation. I will meet you wherever you’re most comfortable, whether it’s at your home or in the hospital. After a review of your legal options, I will help you decide on your next best steps. Schedule your consultation now.