Posted in Bicycle Safety on December 3, 2022 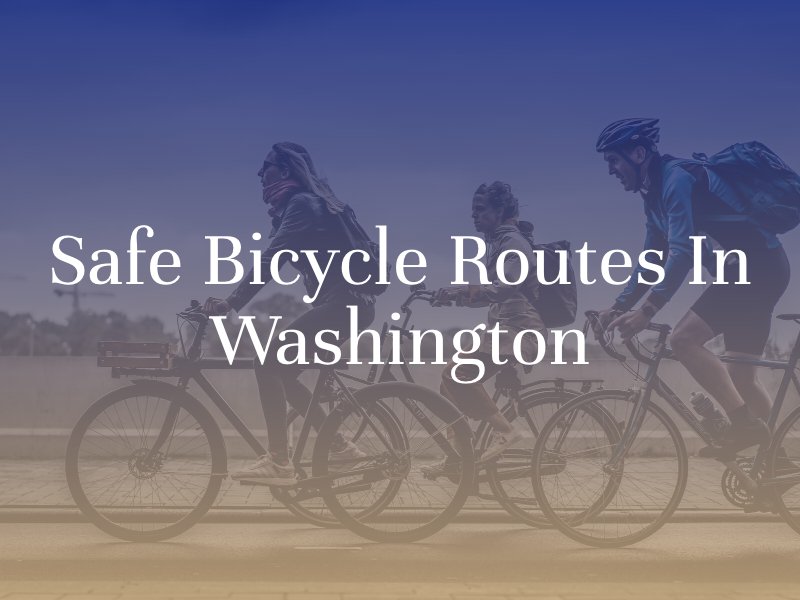 Cycling is extremely popular in Washington. In fact, there are hundreds of miles of designated bicycle routes throughout the state! These U.S. bicycle routes are made of interstate long-distance cycling routes along off-road paths, lanes, and the shoulder of low-traffic roads and highways.

These bicycle routes are generally safe and may even pose less risk than traditional roads and highways. The next time you want to go for a ride in Washington, keep these routes in mind for your future destination.

U.S. Bicycle Route 10 extends from Pend Oreille County, which is located in Idaho, to Anacortes on the west coast of Washington. This route totals over 400 miles across the northernmost portion of the state.

U.S. Bicycle Route 87 begins at the Canadian border at Sumas. Then, the route extends south to Bellingham, Nooksack, and Sedro-Woolley and connects to the Centennial Trail, an extremely popular hiking and biking trail in Snohomish County.

U.S. Bicycle Route 97 also begins at the Canadian border at Blaine and goes south to Bellingham. At this point, the route continues southwest to Anacortes and Oak Harbor to the Keystone/Coupeville Ferry Landing.

U.S. Bicycle Route 281 begins at the city of Pullman and runs southeast along state route 27 and U.S. interstate highway 195. This route runs to the Washington/Idaho border near the Clarkston/Lewiston area.

U.S. Bicycle Route 40 begins at the town of Tekoa and runs to the Idaho border. This route is very short compared to other bicycle routes and was designated to establish a presence in Washington state.

U.S. Bicycle Route 81 begins from the northern border of Whitman County, near Tekoa. It extends to Asotin, a town that is located south of Clarkston.

Injured in a Bicycle Accident? Speak to an Attorney

While these routes offer a safe and designated place for cyclists to travel in Washington state, accidents can still happen. If you were involved in a collision while riding your bike, you may be entitled to financial compensation from the person who was responsible.

In these situations, you need an attorney on your side who can fight for your right to recovery. As soon as possible after your accident, contact a Washington bicycle accident lawyer to discuss your next steps.