In Washington, people who are injured in accidents have the right to file lawsuits against the responsible party. Motor vehicle drivers, property owners, large corporations, and many other individuals and entities face litigation every year.

What Is the Sovereign Immunity Doctrine? 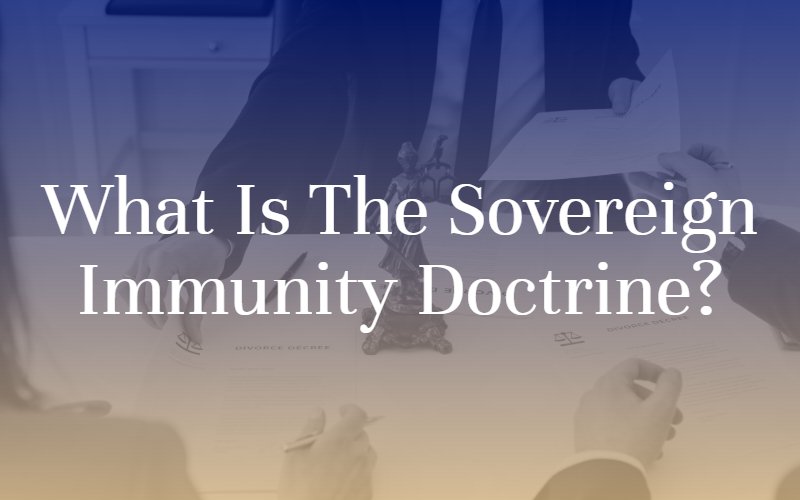 Under the legal doctrine of sovereign immunity, a party cannot file a lawsuit against the government without the government’s consent. Government agencies have an option to choose immunity from a lawsuit or to face litigation in civil court.

There are limited circumstances in which a person can file a claim against the government. Federal government agencies are subject to the Federal Tort Claims Act (FTCA). Under this law, individuals could file a lawsuit against a government employee if the employee violated his or her job duties and negligence played a role in the case.

States have a choice of whether to adopt the sovereign immunity doctrine to protect their own government agencies. They also have the right to define the scope of the immunity. That means that a person cannot file a lawsuit against a state or local agency unless his or her case meets the criteria set by the state.

Filing a Lawsuit Against the Government in Washington

Washington does not follow the sovereign immunity doctrine. The state abolished the doctrine in 1961, leaving state and local government agencies open to liability. According to RCW 4.92.090, the state of Washington is liable for any damages arising out of its wrongful conduct to the same extent as if it were a private entity.

While this law provides injured victims with the right to pursue compensation, there are some limitations. If you plan on filing a lawsuit against the Washington government, you must show that the agency’s conduct was tortious, or wrongful.

If you could file a personal injury lawsuit against a private individual over the same incident, the agency’s conduct was likely tortious. Examples of tortious conduct include the following.

Speak to an Attorney About Your Government Injury Claim

Victims of negligent government employees deserve justice. Washington’s sovereign immunity doctrine makes it simpler for injured people to pursue claims and recover the compensation that they need to heal.

If you plan on filing a claim against the Washington government, it is important to speak to an attorney. Claims against government agencies follow different rules and procedures than other types of lawsuits, and an injury lawyer can guide you through the process.

Contact a Washington personal injury attorney as soon as possible to discuss your legal options.