What is Popcorn Lung?

Posted in Personal Injury on November 7, 2018 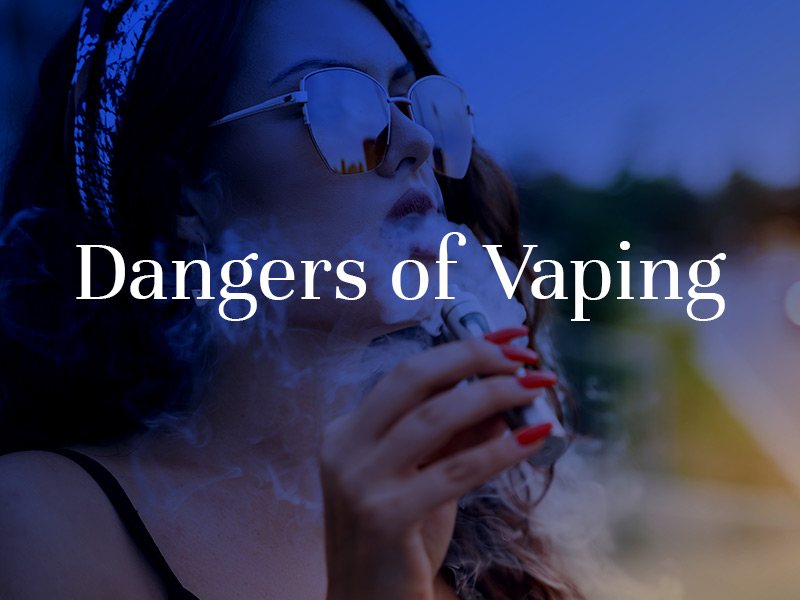 Electronic cigarettes, also called e-cigarettes or e-cigs, have become extremely popular in the 10-plus years since their release. About 10.8 million adults in the U.S. currently use e-cigarettes, according to Reuters. More than half of users are under the age of 35. Yet e-cigs have also been in the news numerous times in the last decade for serious health and safety concerns, as well as severe personal injuries and even one death. From exploding devices to potential lung damage, just how dangerous are e-cigarettes?

Since the conception of the e-cigarette, manufacturers and marketers have touted the product as a “safer alternative” to traditional tobacco cigarettes. E-cigs use vapor instead of smoke to allegedly make them safer for the lungs. Yet a new study on serious potential health hazards associated with electronic cigarettes is making medical experts say the devices never should have launched in the first place. The study, recently reported in the American Journal of Physiology, included a medical investigation into the “cocktail of chemicals” found in e-cigarettes.

Researchers found disturbing evidence during analyses of the flavorings and additives in e-cigarettes that point to a serious risk for lung inflammation and damage. Research on animal test subjects found that inhalation of the chemicals in e-cigarettes caused “extensive inflammation” in the lungs, although no risk of cancer-related to the inflammation. Medical experts say this kind of testing is something that should have happened and halted the launch of e-cigarette products years ago, before they could impact consumers.

Dr. Patricia Folan, the director of the Center for Tobacco Control, says the industry is behind in terms of research. She said e-cigarettes that contain more nicotine than cigarettes, on top of flavoring agents and colorants, hit the market in 2006, before anyone conducted research to determine potential problems. E-cig manufacturers got away with this lapse because they based their products on prior U.S. Food and Drug Administration approvals on food additives. Yet the FDA never approved these additives for inhalation into the lungs.

Amidst controversy over the physiological effects of e-cigarettes, a non-debatable danger of the devices became apparent in 2009: fires and explosions. The lithium-ion batteries necessary to operate electronic cigarettes may contain defects that cause them to spontaneously heat up, catch fire, and/or explode. When in a user’s pocket or otherwise in use, these incidents can be catastrophic and deadly for victims.

To date, 195 e-cigarette fire and explosion incidents have occurred in the U.S., according to the Federal Emergency Management Agency (FEMA). Exploding e-cigarette batteries have caused 38 severe injuries, 133 acute injuries, and 80 moderate injuries. Victims have suffered everything from burns and lacerations to lost eyes and fingers in these incidents. The first confirmed death from an exploding e-cigarette happened in Florida, when an explosion launched pieces of e-cigarette into the victim’s brain and caused a fire in his apartment. If you have been injured or burned by an exploding E-Cigarette, contact our Seattle burn injury lawyers today to discuss your case.

What to Do After Suffering an E-Cigarette Injury

The latest research showing significant evidence of lung inflammation and bronchiolitis obliterans (or “popcorn lung”) is further proof of the potential dangers of using an electronic cigarette or similar vaporizer devices. As someone who uses an e-cig device regularly, you could be at risk of long-lasting health effects – or worse if your device combusts. Someone else could be liable for your damages in these disasters.

If you have lung inflammation, lung damage, other adverse health effects, or injuries related to an e-cigarette fire or explosion, you may have a product liability claim against the device manufacturer. E-cigarette and/or battery manufacturers could be liable for your damages after negligently failing to conduct studies and tests to confirm the safety of their products.

Other parties, such as marketers and distributors, could also share liability for the part they played in causing your injuries. Consulting with a personal injury attorney in Seattle can help you understand your legal opportunities. You could receive significant compensation through an insurance claim or lawsuit in Washington state.