Who Is At-Fault If You Hit an Illegally Parked Car? 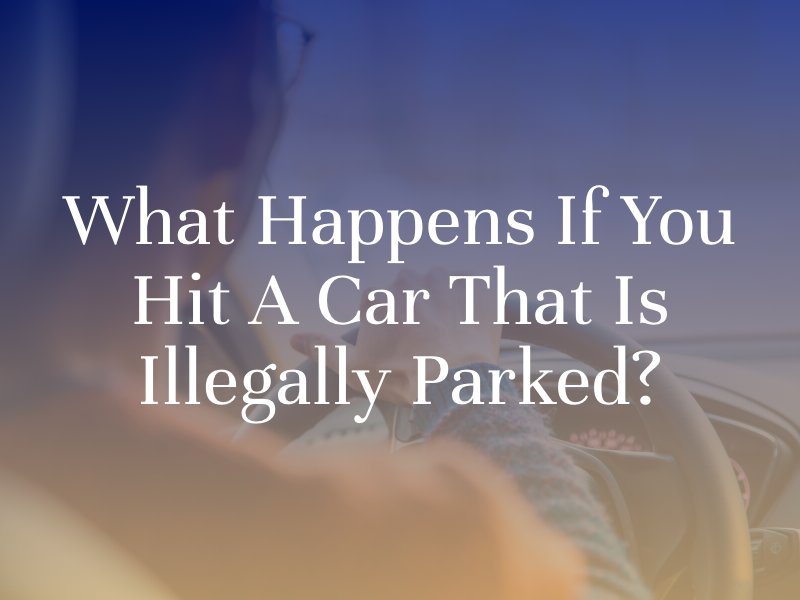 Many different situations can lead to car accidents. Washington is a fault insurance state, which means that whoever causes the accident is liable for the injuries and damages suffered by the other vehicles involved. However, it is not always easy to determine who is at-fault in a car accident – especially if you hit an illegally parked car.

What Does Fault Mean in Washington?

Washington is a fault car insurance state, which means that the person whose negligence led to the accident is responsible for paying for the damages and injuries that the other drivers and passengers suffered. In Washington, negligence means that the at-fault driver failed to uphold his or her duty of care to prevent harm to others. Duty of care while driving involves obeying traffic laws and not engaging in dangerous behaviors that could lead to the accident.

In situations where one car hits another illegally parked car, it can be very difficult to determine negligence and assign fault to any one person. One driver parked his or her car illegally, while the other may have engaged in a dangerous driving behavior that led to the collision.

If you are in an accident involving illegally parked car, it is very difficult for the court to assign fault to any single driver. You and the other driver may have acted in negligence in some way. Colliding into a parked car and parking illegally are both acts of negligence – so both parties share a portion of the blame. As a result, Washington courts assign negligence based on the state’s comparative negligence laws.

For example, say that you were speeding when you hit an illegally parked car. You may claim damages in the amount of $100,000 – but because you were speeding, the court assigns you to carry 40% of the fault. As a result, you will only receive $60,000 in damages.

How to Prove Negligence in a Washington Car Accident Case

If you collided into an illegally parked car in Washington state, you will need to prove that your share of negligence is significantly lower than the other driver. A Washington car accident attorney can help you build a strong case in your favor so that you can recover the damages you need and so that you do not need

While you may have to share a portion of the blame for the accident, you can reduce your percentage by building a strong claim in your favor. You will need strong pieces of evidence, expert and witness testimony, and knowledge of Washington personal injury law.

Determining fault in accidents involving illegally parked cars can be very difficult and complex. You need a Bellevue car accident attorney in order to accurately investigate the question of fault and to build a compelling case in your favor. Contact a personal injury attorney as soon as possible following your accident to discuss possible liability and to begin the claims process.