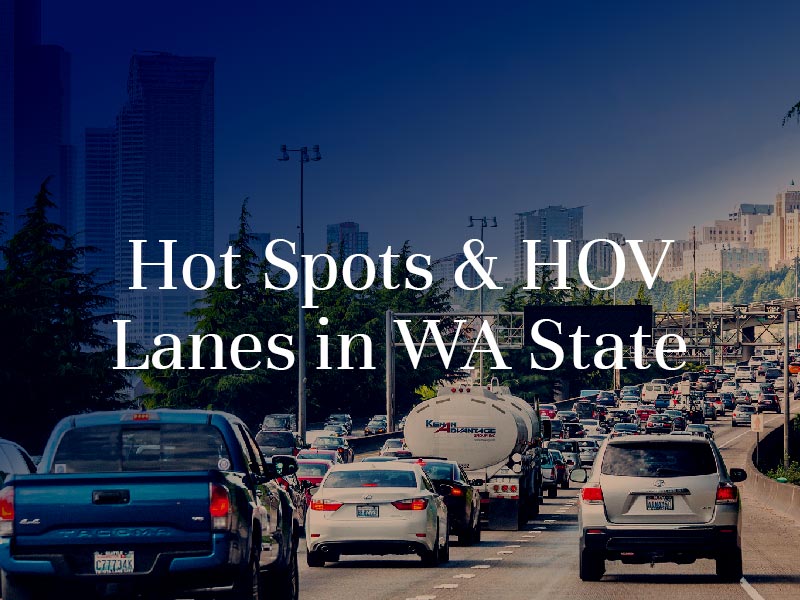 In the state of Washington, it is the responsibility of all drivers to follow the rules of the road and obey state traffic laws. However, not all drivers uphold this standard of care — especially when it comes to high occupancy vehicle (HOV) lanes. HOV lanes, also known as carpool lanes, are especially important in high-traffic areas to help avoid congestion. Single drivers without any passengers can use these lanes to bypass heavy traffic, which can make it more difficult for responsible drivers with multiple passengers to use them.

What Are HOV Lanes?

The purpose of HOV lanes is to move as many people through congested areas of traffic as quickly as possible. This is especially important in crowded metropolitan areas, such as Seattle. By implementing HOV lanes, the state of Washington hopes that more people will choose carpooling over solo rides, helping decrease freeway congestion and promote a cleaner, faster transit system.

The following vehicles can use HOV lanes, according to the Washington State Department of Transportation.

You may see an HOV lane on the side of a freeway or highway, where drivers with at least one passenger can drive without having to use general purpose lanes. Different HOV lanes have different minimum requirements when it comes to vehicle occupancy — some lanes will require at least two occupants, while others impose a three-occupant minimum.

Driving in an HOV lane without the proper authorization can lead to significant congestion on Washington freeways, and increased congestion can heighten the risk of an accident. Single rider use of HOV lanes can peak during high traffic hours and in high traffic locations, such as during the morning and evening commute hours and in metropolitan areas.

According to the examination of Washington State Patrol records by local news station KIRO-7, the following locations are hotspots for HOV cheaters in Washington.

Thousands of drivers receive tickets for improper use of these lanes each year, and several of them are repeat offenders. Although it may seem convenient in the moment, violating HOV laws can result in a $136 fine — and many drivers receive multiple HOV citations each week.

Do Babies Count in the Carpool Lane?

When it comes to HOV lanes, some parents may wonder who truly counts as a passenger under these thresholds. While young children are common passengers in the carpool lane, infants may not seem like established passengers in their own right.

However, babies do count as passengers when driving in an HOV lane. If a police officer tries to issue you a ticket for improper use of an HOV lane and you have an infant in your vehicle, you can argue for the state to drop the charges against you.

While most drivers do try to follow the rules of the road, others are not so successful. If you are in an accident with a driver who improperly used the HOV lane, you can claim compensation for your injuries through a car accident lawsuit or insurance claim. Immediately after your accident, take the following steps to preserve evidence.

With these steps, you can preserve evidence, collect important pieces of information, and receive the treatment you need to recover. If you have not done so already, contact your Seattle personal injury lawyer as soon as possible to begin the lawsuit filing process.