How to Report a Drunk Driver in Washington

When you are out on the road, it is always a good idea to be aware of the drivers around you. You never know when an emergency may happen, and you want to be prepared in case of an accident or near-accident.

Sometimes, you may see another car driving erratically and wonder if the motorist is drunk. Intoxicated drivers pose an extremely dangerous risk to other people on the road and are very likely to cause a collision. If you spot a drunk driver in Washington, it is important to report the vehicle to the police as soon as possible.

Signs That a Motorist Is Driving Drunk

Alcohol can impair a driver’s response times, concentration, reflexes, and even their ability to make logical decisions. All of these factors can heighten the risk of an accident, putting other drivers, pedestrians, cyclists, and motorcyclists at risk.

A motorist who is under the influence may exhibit the following behaviors:

What to Do If You Spot a Drunk Driver 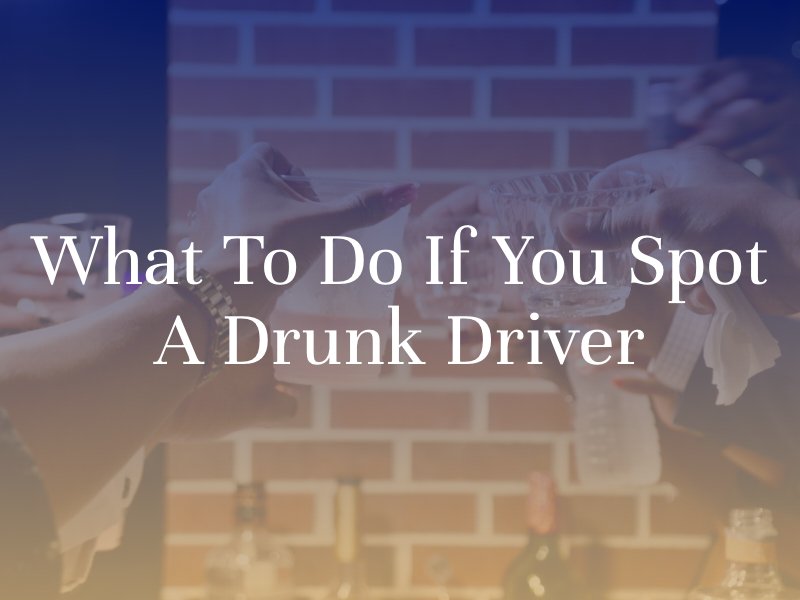 If you see someone who may be driving drunk, do not attempt to intervene or interfere with the motorist. Instead, pull over to a safe location and call 911. This will alert the police to the scene of the incident, who are much better equipped to get the motorist off the road.

When you notify emergency services, tell the dispatcher that you believe that a drunk driver is on the road. Try to provide as much information about the driver as you can, such as:

What to Do If You Are Injured by a Drunk Driver

Sometimes, drunk drivers can be difficult to spot. You may be hit by an intoxicated motorist before you have a chance to notify the police and report the incident. If you are involved in a drunk driving accident, it is important to seek help as soon as you can.

Call 911 to report the incident and let law enforcement know that you believe that the driver was drunk. Seek medical care immediately by going to the hospital, even if you do not feel hurt after the collision. If you can, document evidence of the accident by taking photographs and videos and speaking to witnesses in the area.

Once you have received medical care for your injuries, contact a drunk driving accident lawyer who can represent your case. As a victim, you have the right to pursue both criminal charges and a civil lawsuit or insurance claim against the at-fault driver.

A Washington car accident lawyer can represent your case and help you hold the motorist accountable. As soon as possible following your accident, contact an attorney to discuss your case and plan your next steps.