What Happens If You Are Struck by an Unlicensed Driver in Washington? 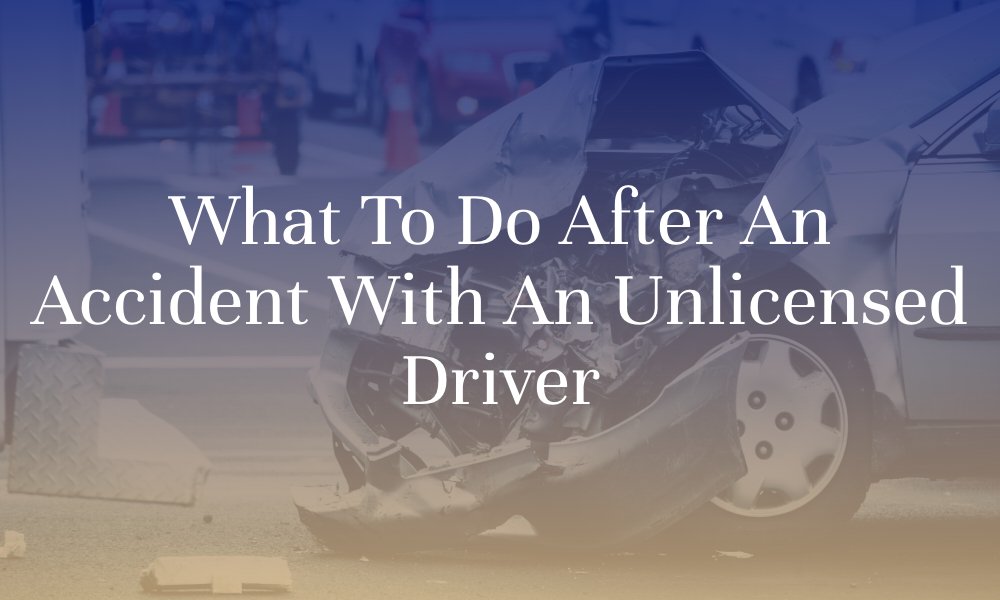 To lawfully operate a vehicle in Washington state, all drivers must carry a valid license. Driving without a license can result in serious consequences, whether the driver’s license was revoked, suspended, expired, or never obtained. However, not all motorists uphold these rules.

If you are involved in a car accident with an unlicensed driver, you may wonder what to do next. You still have the right to hold the at-fault driver accountable for your injuries, but you may face challenges when trying to secure damages.

Penalties for Driving without a License in Washington

It is also illegal to operate a motor vehicle with a suspended or revoked license. If a driver is caught, he or she can face the following penalties.

What to Do After an Accident with an Unlicensed Driver

Washington follows a fault-based system when it comes to car accidents. Drivers who cause collisions must pay for their victims’ damages, such as medical expenses, lost wages, and property damage. Victims can hold at-fault drivers accountable for their losses through an insurance claim or a personal injury lawsuit.

If you are involved in an accident with an unlicensed driver, you still have the right to file an insurance claim or lawsuit against him or her. However, you will need to prove that his or her actions caused your accident to secure compensation.

In some cases, unlicensed drivers are also uninsured, and you cannot file a claim against him or her. An unlicensed driver may also attempt to flee the scene of the accident to avoid potential consequences. In these situations, you could recover compensation through a claim against your own insurance, as long as you have the appropriate coverage before the accident. For example, uninsured/underinsured motorist coverage pays for your losses in cases where a driver does not have insurance.

Accidents with unlicensed drivers can be complex, and it is important to speak with a Seattle personal injury lawyer who can evaluate your case and identify your optimal path to compensation. Contact a Washington car accident attorney as soon as possible to discuss your next steps.