Why Do Drivers Fail To Use Their Blinkers? 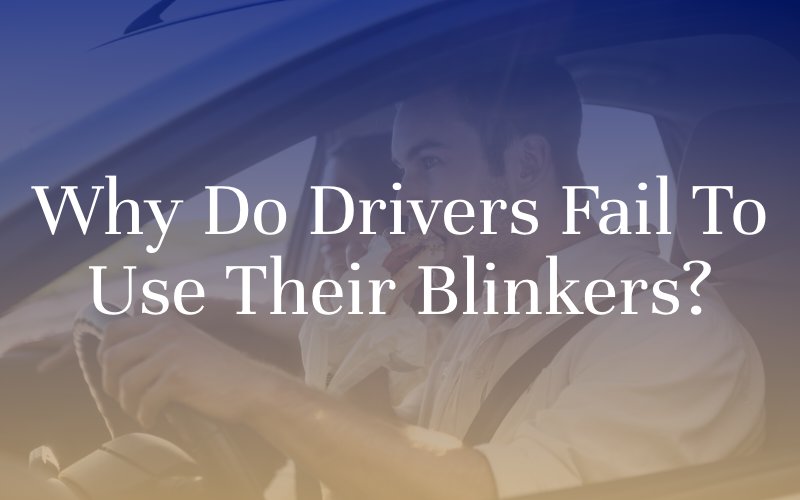 Before a driver makes a turn or changes lanes, he or she has a duty to use his or her turn signal. Also known as indicators or blinkers, turn signals are a necessary part of traffic safety, helping inform other drivers that a vehicle intends to make a turn. However, some drivers may fail to use their turn signals before turning, leading to serious and sometimes fatal collisions. There are several reasons why drivers may fail to use these important indicators, including laziness, recklessness, and forgetfulness. If you have been involved in an accident caused by a driver who didn’t use their blinker, you may be eligible for compensation. Contact our Seattle car accident lawyers today to discuss your case.

The Driver Forgets to Turn on the Signal

One of the most common reasons as to why drivers fail to use their turn signals is forgetfulness. Some drivers may be used to driving without indicators on empty roads and may not have developed the habit. They may need to make a sudden turn and fail to flip their switches in time. Regardless of whether or not a driver forgets to use the signal, he or she has a responsibility to warn other drivers that he or she intends to make a turn.

The Driver Is Reckless and Aggressive

Road rage and reckless driving are other common factors when drivers fail to use their turn signals. A driver may be extremely angry and want to cut other vehicles off, intentionally ignoring his or her turn signal in the process. This is a dangerous action that can put many drivers in harm’s way.

Additionally, a driver may engage in reckless driving behaviors while changing lanes or making turns. The road may be highly congested, and the driver may try to block any person who attempts to enter his or her lane. The driver may weave between traffic in an attempt to beat the gridlock and fail to use his or her signals.

The Driver Is Careless or Lazy

Many drivers fail to signal out of laziness or carelessness. A driver may make the conscious decision not to use his or her indicator because he or she think it’s optional. Some drivers may not want to take the extra step to warn others of their turns or lane changes. These careless actions can put a lot of people at risk. If a driver believes that flipping a switch is too difficult while driving, he or she can commit other dangerous acts that can lead to serious accidents.

The Turn Signal Is Broken

Many drivers fail to use their indicators because they are broken. However, drivers have a responsibility to ensure that their vehicles are in working condition before going on the road. This includes ensuring that the turn signals are functional and taking the vehicle for repairs if the indicators are broken. If a driver’s turn signal is not working and he or she causes an accident, the driver may be liable.

What to Do If You Are Injured By Another Driver

If you are in a collision with a driver who failed to use his or her turn signal, you may be eligible for financial compensation. According to Washington state law, drivers who are responsible for accidents must pay for their victims’ damages, which may include medical expenses, vehicle repairs, and lost wages. To initiate your claim, contact a Bellevue car accident attorney as soon as possible following the collision.